A Complete Guide for Thai Herbs and Spices 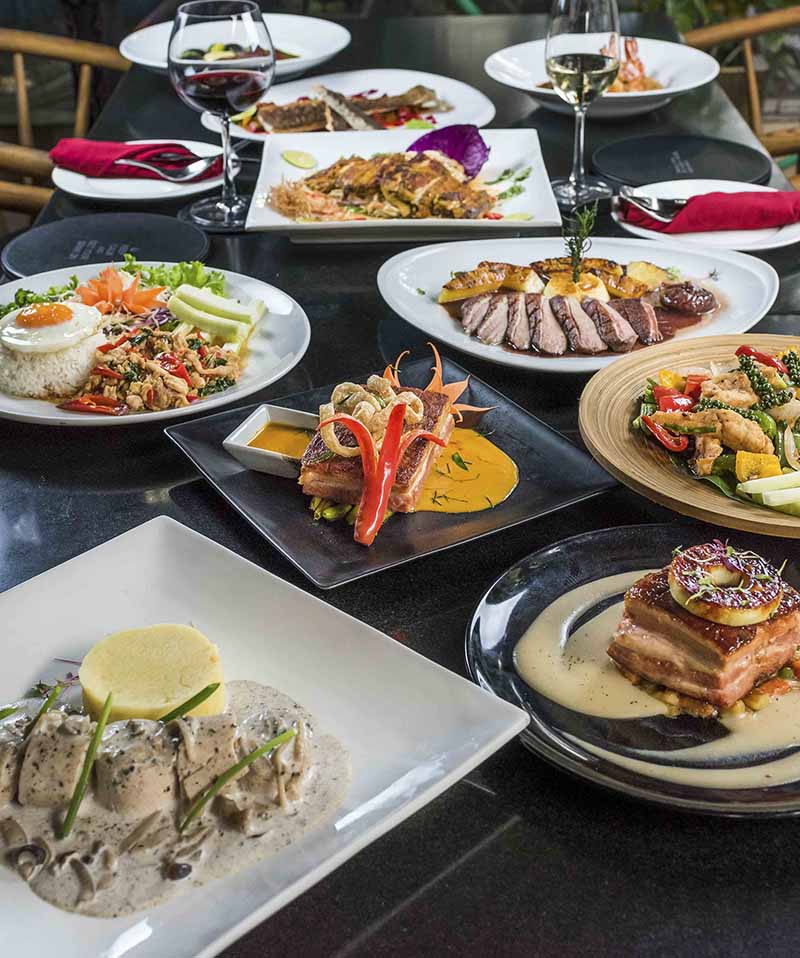 Thai cuisine is well known for its flavor, aroma, and vibrant colors. Much of what makes Thai food such a delicacy is the numerous spices and fresh herbs that Thai people use in their recipes. We’ll be taking some time today to go over some of the most common spices so that you understand and appreciate the sophisticated nature of the cuisine. Shall we begin?

Cinnamon (Ob-choey)
Everybody knows cinnamon, as it’s one of the most popular spices in the world. Thai people don’t use cinnamon the way Westerners do. Although it does lend a bit of sweetness, Thais use it to spice up their soups and stew, such as pa-loe soup and braised beef stew. Cinnamon can help to combat heat exhaustion, making it the perfect spice for Thailand.

Coriander Root (Rak-pak-chee)
Coriander is another common herb that people use all over the world as a garnish, but not as many cultures use the root of the herb to cook. Thai people grind the root in a mortar to make a paste. The flavor and aroma that rises out of the coriander root are what gives many soups in Thailand its amazing flavor.

Coriander Seeds (Look-pak-chee)
It isn’t only the root of this plant that Thai people use for cooking. The seeds are used as well. Chinese people have been using coriander seeds as a spice for centuries, and it’s not hard to see why. Its earthy and nutty flavor along with its unique aroma and slight heat make the spice a great marinade for red meat. People also use these seeds as the base for several curries, including panang and massaman, both of which are known to be some of the best curries in the world.

Cumin (Yee-rah)
Cumin has a strong and distinct flavor. Its aroma is valued in cuisines throughout the world. In Thai cuisine, cumin seeds are roasted, pounded, and then mixed with curry paste to enhance the flavor. They are an essential part of red, green, and yellow curry.

Dried Chillies (Prik-haeng)
Thai food is known for its heat and spice, so it’s not hard to see why dried chilies will be on the list. Thai people use chili on everything, from curry and stir-fries to soups. In fact, they even sprinkle it on top of noodles to give it some extra kick!

Galangal (Kha)
The famous tom kha gai, or chicken and galangal soup, is one of the most famous dishes with galanga in Southeast Asia – perhaps even in the world! The root plant is related to ginger, which explains why it has somewhat similar flavors. The major difference between ginger and galangal is that the latter has a much more complex and mild flavor compared to ginger.

Ginger (Khing)
Ginger has a spicy taste and is often used as a natural remedy to cure indigestion. Much of how Thai people use ginger is borrowed from traditional Chinese cooking, as ginger is usually found as a topping in congee, steamed fish, and Chinese vinegar-based sauces.

Garlic (Kra-tiam)
Garlic is one of, if not the most popular ingredients in Thai cooking. It’s included in every stir-fried dish, crushed up and included in soup bases and curry pastes, eaten fresh with fatty foods, and even deep fried and added as a topping to several dishes. Garlic is a crucial ingredient that you can find in any regional Thai cuisine.

Green Peppercorns (Prik-thai-orn)
Young green peppercorns are slightly crunchy, aromatic, and they pack quite a bit of heat. They look like a kind of green berry, but if you pop one of these in your mouth expecting a sweet taste, you’re in for an unpleasant surprise. Thai people usually use green peppercorn as an ingredient for stir-fried dishes such as pud-kee-mao and choo-chee.

Holy Basil (Bai ka-prow)
Thai basil or holy basil is the main ingredient in one of the most famous dishes in the world — pad kra pao. The distinct aroma and flavors make this type of basil the perfect addition to any type of stir-fried dish out there. Thai people also sprinkle fresh basil leaves on top of soups and curries to give it a little bit of an aromatic kick.

Want to visit the best restaurant in Bangkok? Come to Indulge Bar & Restaurant today! We’ll show you the food of Thailand.