The Three Main Ingredients of Thai Cuisine – Our Guide 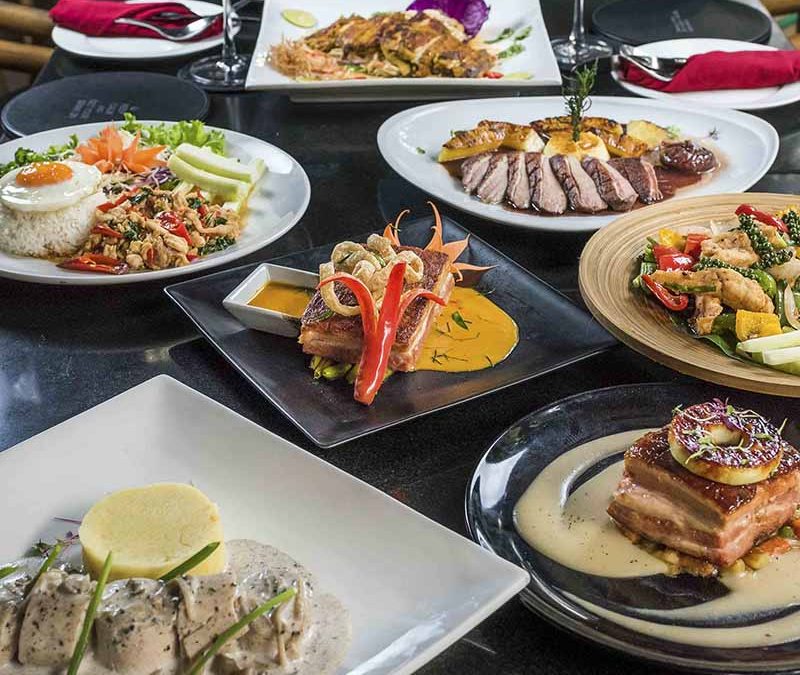 There are several Thai staples that everybody should try at least once in their life. Pad Thai (Thai style fried noodles), Tom Yum Goong (spicy shrimp soup), Massaman curry (Thai curry), and Som Tum (spicy green papaya salad) are only a few. If you’ve ever tasted these dishes, you know by now that each one is unique and truly mouth-watering!

Thai food is widely regarded as one of the best cuisines in the world. In fact, Thailand has always been included in the top ten list of countries with the best food. And for good reason! Thai cuisine has a unique taste that you will never be able to get enough of. It has influences from China, Malaysia, Indonesia, Myanmar, and royal culinary traditions. What sets it apart from the rest, you ask? Thai food has a unique, complex flavor that is brought by the combination of herbs and spices.

Although it’s difficult to really explain the complex flavors in Thai food, most dishes are best described with three main “S” flavors — spicy, salty, and sour. These flavors bring out the best in each other and in Thai dishes, they are somehow balanced perfectly. Who would not drool over such mouthwatering food?

If you’re planning a trip to the Land of Smiles, don’t leave without tasting as much of the local food as possible. Don’t think that a single cuisine can be that life-changing? Try it and see what you think.

Below are the three “S” flavors of Thai cuisine. Let’s take a closer look at the roles they play.

Spicy: Spicing things up with some chili

Let’s spice up your eating experience. If there’s one thing that can be best said about Thai food, it’s that the dishes can be extremely spicy! Thai cuisine is known for all the variety it offers when it comes to spicy food. However, spicy isn’t the only flavor that you will taste. You will still taste all the other flavors coming together in a delicious medley. The spiciness can be attributed to the use of chili ingredients put into most Thai foods during the cooking process.

History tells that the Europeans introduced chili peppers to the old Siam back in the 16th century. Ever since then, the humble chili pepper has become an integral part of Thai cooking. Most Thai staples won’t taste complete without some spice. Although it lends the delicious flavor, be wary as you order as some dishes can be extremely hot and set your inexperienced palate and tongue on fire.

Salty: More than a pinch of salt

Another feature of Thai food is its salty flavor. If you’re the type of person who enjoys flavorful food, then Thai dishes are for you. This is because Thais use a certain special ingredient to augment the taste of their dishes.

The saltiness in Thai dishes does not come from salt. Rather, they come from the second most important ingredient in Thai cooking: fish sauce. The pungent mixture is called  “nam pla” in Thai. When translated in English, this means water fish. It is made by brewing fish or shrimp mixed with salt and decanting the fermented result into bottles. This sauce gives Thai food quite a strong exotic flavor.

The third delicious Thai flavor is the last “S” – sour. The sour taste in most Thai dishes perfectly compliment the spicy and salty features, making for a unique dining experience.

The ingredient that Thais use to produce this flavor is lime. Known as “Manao” in Thai language, lime is used in most cooking opportunities to produce a whole variety of Thai dishes. Since Thais love to use fish sauce, the lime tones down the salty taste and strong odor of the sauce, thus creating a balanced, unique flavor.

Are you looking for the best restaurant in Thailand? Visit Indulge Bangkok today! We have a wide range of Thai dishes for you to try.